And it’s that time of the year again…The nominees for Academy Awards have been released! Leading the race is The Revenant with 12 nominations, closely followed by Mad Max: Fury Road with 10. 2015 has certainly been a noteworthy year for films, Ex Machina, Room and Spotlight have especially been a few favourites of mine. The most questionable and absurd nomination this year is Jennifer Lawrence for ‘Best Actress in a Leading Role’. Joy was not award-worthy in the slightest, nor was her forgettable performance. At this point in time, it has become apparent that she is ‘overrated’, though you may beg to differ.

Who do you think will take the top spot? Let me know by commenting below. As for now, here are my predictions (winners= highlighted in gold/Bold text).

Best Animated Feature: Anomalisa, Inside Out, Shaun the Sheep, Boy and the Wild, When Marnie Was There.

Best Make-Up and Hairstyling: Mad Max: Fury Road, The 100-Year-Old Man Who Climbed Out of the Window and Disappeared, The Revenant. 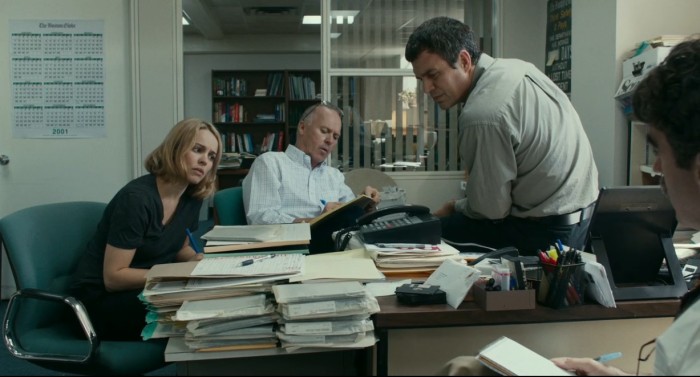 Best Original Song: Earned It (50 Shades of Grey), Til it Happens to You (The Hunting Ground) Writings on the Wall (Spectre), Manta Ray (Racing Extinction), Simple Song 3 (Youth).

Best Documentary Short: Body Team 12, Chau Beyond the Lines, Claude Lanzmann, A Girl in the River, Last Day of Freedom.

Best Live-Action Short: Ava Maria, Day One, Everything Will Be Okay, Shok, Stutterer.

– Winners are announced on the 28th February! –