Lesson: Keep your phone on you at all times. 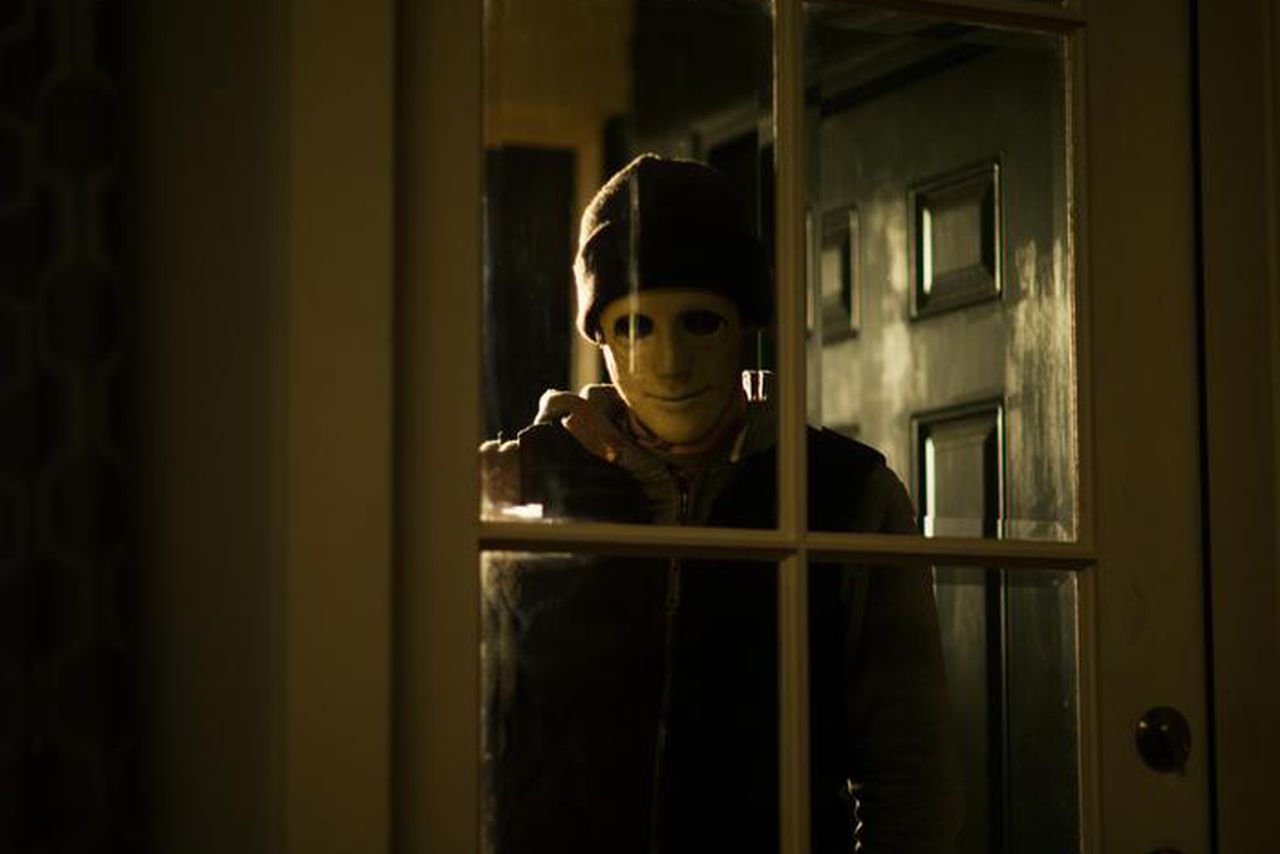 Directed by Mike Flanagan, Hush centrals around a deaf author named Maddie (Kate Siegel), who is left alone at her home, in the middle of the forest. As Maddie begins to settle in for the evening, a masked man appears on her porch. Aware of her impairment, the man takes advantage of this, and will not give up until he is inside the house.

“Oh, not another ‘Home Invasion’ film”, you must be thinking…Indeed, this sub-genre has been trialled half a dozen times, and hasn’t had the most satisfactory outcome, (with a few exceptions). Hush adds a whole new level of suspense to the sub-genre; the protagonist being deaf, putting added emphasis on the sounds made in the circumstances. Though the film has made its Netflix release, and will obtain a wider audience than it would in a cinema slot, it’s quite sad to think how audiences will not be able to experience this in full cinematic swing.

Mike Flanagan sells himself with ease through this clever, atmospheric film-making, and is definitely a director to keep a close eye out for. Kate Siegel pulls of an exceptional performance so little dialogue. As an audience, you begin to really sympathise for her character and are rooting for her the entire time. This is by far John Gallagher Jr.’s most incredible performance. He presents us with an intimidating character of whom we loathe, proving he doesn’t just stick to ‘the nice guy’ role. The film shares similarities with Audrey Hepburn’s Wait Until Dark, and David Fincher’s more recent, Panic Room. Given the genre, a few clichés appear here and there, but does not dampen the intense game of cat-and-mouse that proceeds. Shorter than your average run-time, at 1 hour and 21 minutes, Hush’s smart script is used efficiently; dripping with tension.

For such a simplistic premise, Hush is executed wonderfully. It makes for one hell of a suspenseful home invasion thriller, that is guaranteed to leave you with paranoia. Now, how about you give this thriller a chance…alone…with the lights switched off.