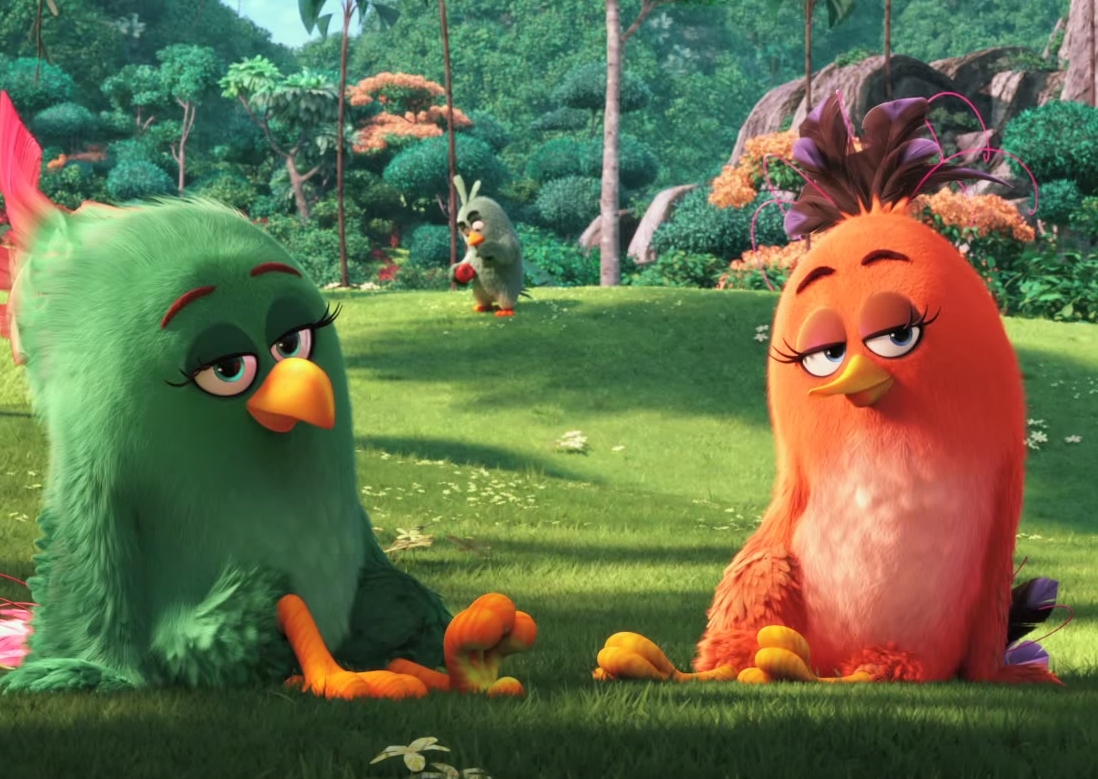 Directed by Clay Kaytis and Fergal Reilly, The Angry Birds movie is based on the popular gaming app, becoming the latest video game to film adaptation. A game that requires aiming birds at pigs with a giant slingshot doesn’t consist of much in terms of narrative, but unlike the majority of video game adaptations, this film surprisingly, isn’t dreadful (I was shocked too).

Red (Jason Sudeikis) is a particularly angry bird…which leads to several conflicts with the members of his community, of whom love life. When a conflict arises, Red is forced to attend Angry Birds anger management classes. While undergoing therapy, a ship of pigs lands on the shore of Bird Island. Though most of the birds welcome the newcomers with open arms, Red is suspicious of these foreign pigs. His suspicions turn out to be justified when the pigs steal their eggs. Red must then rally the other birds to get mad and fight back.

Humour plays a key part. The film is filled to the brim with puns and innuendos, “Instaham”and “Hamlet”serve as two examples, while ‘pluck’ replaces any f-bombs. The voice casting for “Angry Birds” is commendable; Jason Sudeikis voices the irritable Red, while Josh Gad takes on the fast-talking Chuck, and Danny McBride voices the truly explosive, Bomb. Bill Hader, Peter Keegan-Michael Key and Maya Rudolph are just a few of the remaining names involved, also presenting good vocal work. Angry Birds does however, include a lot of flaws. To start with, the music choice felt quite in your face, resembling that of a marketing campaign as oppose to a film. And although the film is clearly targeted for children, it is surprising how many evident sexual innuendos are included.The narrative is filled with clichés, leaving little surprise, but nonetheless proves effective for the little ones.

Despite it’s formulaic narrative, Angry Birds is fresh, fun and enjoyable. It is a lot more humourous than you would initially expect. Please note that you do not have to be a ‘fan’ of the game to enjoy this. Who would have thought that Angry Birds would fly quite so high? Looks like video game adaptations are here to stay.